Creating Checklists with Airtable and Zapier

Checklists are a common requirement within many business applications - from Project Management to HR, etc.

So, in this Article, we are going to go through the process of automatically creating task lists in Airtable - with the automation handled through Zapier. In order to copy this you will need an Airtable account and a Paid Zapier account (all the features required are not available in a Free account).

First Let's Create the Base in Airtable

In this example, we're going to work on the basis of a project app. When a new project is created we are going to enter a checklist (from a lookup table) and Zapier will then create the tasks from the entered checklist.

Here's how the project table is setup:

This is all quite straightforward - with the only unusual item being the lookup field called Checklist Items - this is a field from the Checklist table listing the items which the checklist will generate.

This table simply contains a Name field and then shows which Checklist Items are linked to it and also which Projects. Generally I prefer to create these links in the Many (or child) side of a one to many relationship.

This table contains a Name field, who to assign the task to (a Collaborator field), a number of days after today that the task is due and which Checklist it forms a part of. The ItemID field will be used later to enable Zapier to search for this record so that we can get other information from it.

With all this information, we are now in a position where Airtable has all the information it needs to generate a task and assign it to a project and collaborator. 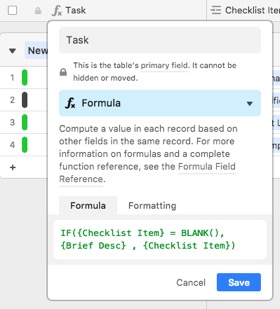 So, that's the Airtable side of things. Now let's look at how Zapier takes this and generates the tasks automatically…

In the previous Blog post I wrote about sending reminders from Airtable, we discussed how Zapier doesn't appear to be able to loop through things (like a list of Checklist Items) - but that it is possible to get Zapier to do this by using some code to turn the list into an Array of Objects. What happens when you do this is that Zapier will perform any subsequent step for each Object…

Here's how it's done in Zapier (using Javascript): 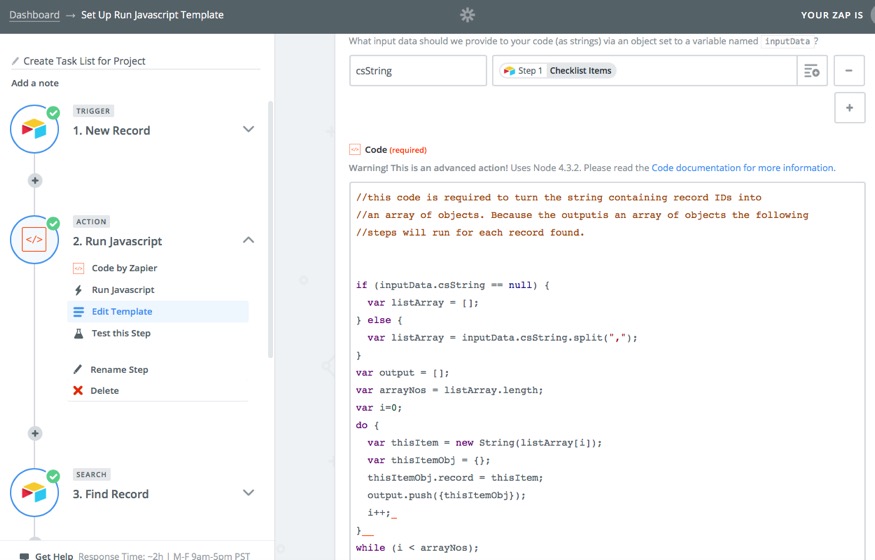 I don't intend to explain the code in detail - but it is pretty generic and will convert any comma separated list (as you get from an Airtable field of this sort) into an Array of Objects. If you want to try it yourself, here's the code in a copyable format:

So, the following steps will now run for each Item in the Checklist:

First we're going to lookup the Checklist Item from the database (because we need several fields from its record): 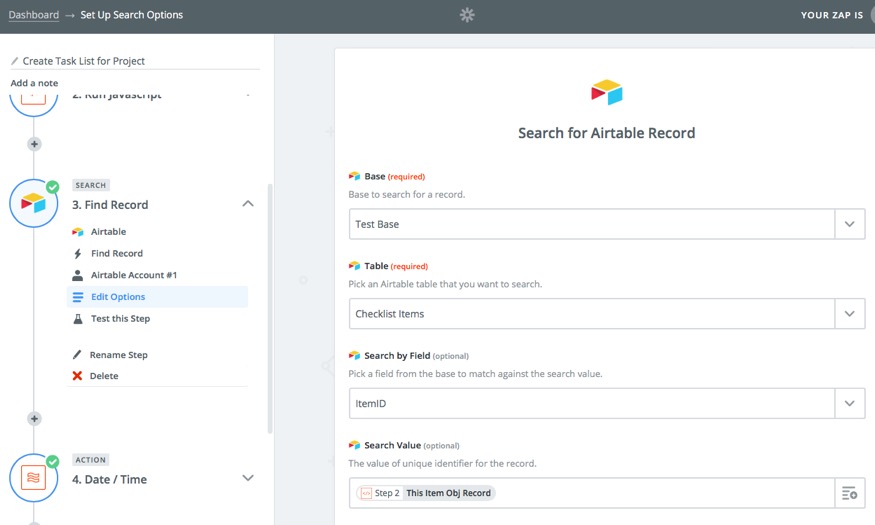 Note that we're searching by ItemID - which is a field we created for this purpose when we created the Checklist Items table.

I decided to use the following step (using Zapier's Formatter 'app') to calculate the Due date of the task list item. It's more flexible than trying to do this in the final step where the Task itself is created. 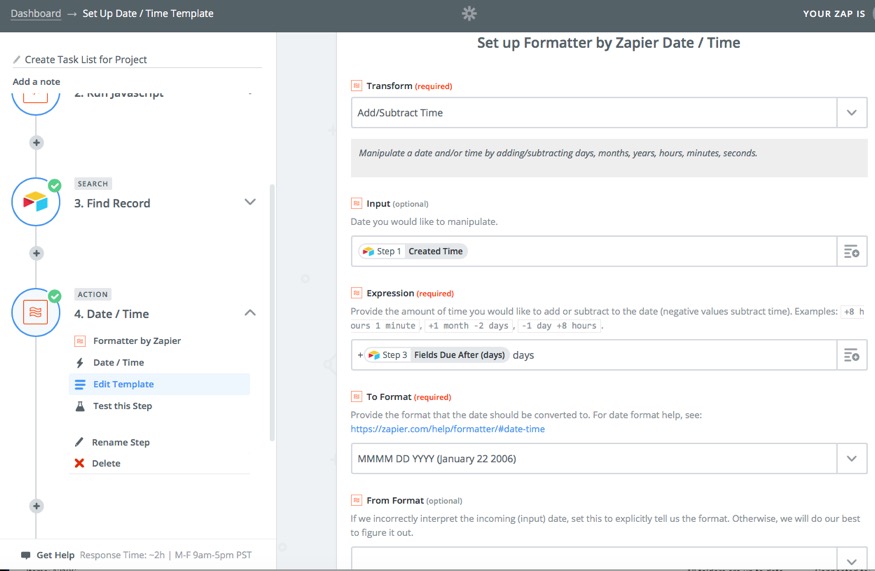 What's happening here is that the Created time of the project record (from Zap step 1) is going to have the Due After (Days) field from Checklist Steps added to it (in Days) - and then the result will be formatted as shown. The latter is often useful as it avoids ambiguities between US and European date formats.

Finally, we need to take the data and create new records in the Tasks table in our Base (I haven't shown the left hand column for this zap - but it's an Airtable 'Create Record' action): 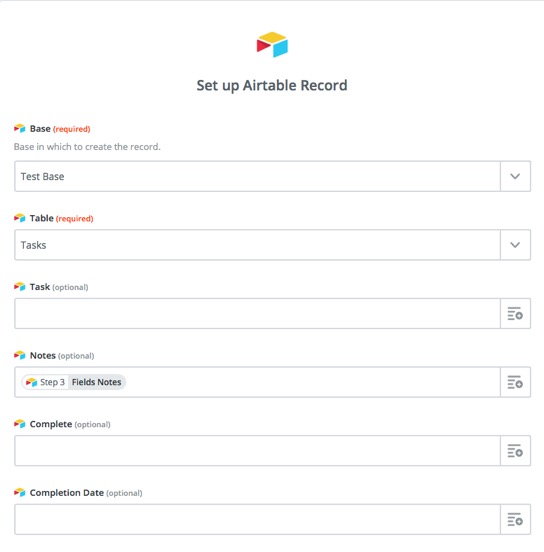 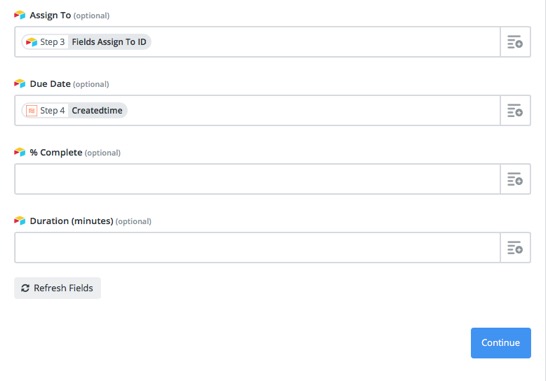 So, there we have the complete process where, for every new project, Zapier will create tasks based on the Checklist selected and assign them to the project and user!

There is a limitation in this - Zapier will only Loop around 25 records in an array like this and so if there are more than this number it could fail. However, there is a way around this - and it just adds one more code step to the Zap.

I hope you've found this article useful and please feel free to make any comments or suggestions!

Send a Calendar Entry from Airtable with Integromat